Does rivalry only happens to women from time to time or do they do it repeatedly? Why do they play dirty, use intrigues and guerilla warfare?

Competition in the blood

Have long since fallen myth that competitive actions at every possible ground attributed only men. Women can compete, more or less consciously, from an early age. Female-female wars are very common. In childhood, at the beginning the field for this type of games was playground, then school. First, the reasons for the competition were toys, then school performance, achievements, or even school accessories, not to mention about first loves. Very often the scene of the conflict appears also at home. And when sisters lived under the same house, this fight was on a daily basis (for example, for the parents’ attention). At that time the rivalry is not really conscious, or simply we do not call it directly. Although everything seems to be infantile, it reflects in adult’s life not only in loud echo, but also in the form of real action. 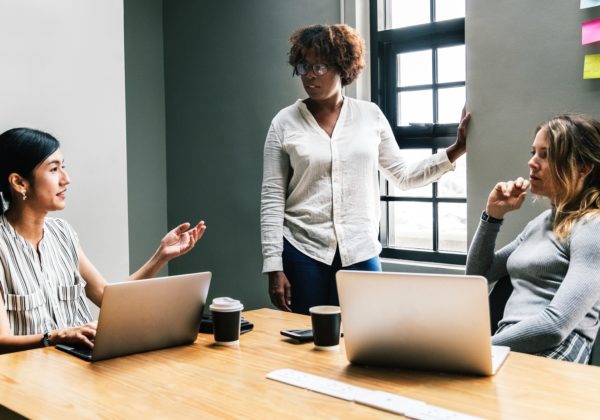 You did it on purpose

Does it sound familiar? Have you ever heard it? At the same time can you admit how many times you did something intentionally against another woman, making it in more or less devious way, and more or less consciously? It would seem that among women there is a greater closeness, also on the basis of professional aspects and there is no room for competition. So why are we so envious and jealous? The reason is set in cultural conditionings. And exactly the role assigned to us is related to the home sphere, which effectively suppressed ambitious aspirations of women in the professional career. In other words, our ability to competition is learned in the throes of the subconscious, evolutionary struggle, even for life partner and the father of our children. It appears with much greater strength in business activities; while intuitively we start breaking so called glass ceiling. We compete, because women’s promotions are less frequent, wages lower, and the breath of the younger competition (focusing only on career) on our back stronger. That is what psychologists say. Maybe the seeds of rivalry in women are the lack of confidence and trust in our abilities?

The competition – a small internal motivation

The fact is that if we achieve something in a competitive way, our confidence grows. It confirms us in the feeling that we are able to do something better than the others. And there is no denying that competition is needed in life. Moreover, it should be noted that it also has its positive side. Provided, of course, it is so-called healthy, positive competition, far from dirty tricks. Competing with each other on the basis of competitive sport with clearly defined rules and purpose, makes sense. It motivates for the action and increases efficiency.

Have you ever met with over competition among women? And whether is it right to say that winning the competition with a woman only brings glory and defeat brings humiliation?