Thousands of smiles. Interview with Tomasz Damian – part one 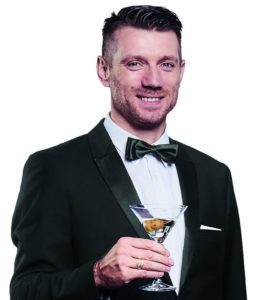 Tomasz Damian achieved success as one of the best leaders of the MLM industry in the world. Before that he was a commando in Lubliniec. He built the largest structure in the S7 Medical Company and currently is a director at Duo Life. He runs his own online business. Lives in Gorzów. Happy father and husband. In this interview, amongst other things, he revealed to us why he focused on the MLM industry and how from a bankrupt he became a valued rich leader.

WHO IS TOMASZ DAMIAN NOW AND WHO WAS HE 20 YEARS AGO?

My well-worn bike has brought me from a small village to an American restaurant with golden arches. Just thinking of churning the garbage all night and washing the greased pots and grills for frying hamburgers would make me sick. My first legal part-time job. Well, it was not the peak of my dreams. That was 20 years ago. A boy with dreams, with the “American dream” only had a discount on American burgers… That was not what I had read in my books. But then, like the later owner of these restaurants – Ray Kroc – I had a big dream to become a co-owner of a business providing passive income.

WHAT HAPPENED LATER? DID YOU FUSILLI THIS DREAM?

After 20 years of a difficult journey, I achieved the goal. The road was bumpy, winding, full of traps, but even when they emerged from behind every corner, the goal loomed in the background. I never stopped believing in it. Sometimes weakened, sometimes strengthened – I always walked forward. 99% of people in the world would buy my result sight unseen today, but it is a pity that less than 1% want to take my path to the goal. But the latter will reach it!

WHAT IS THERE IN MLM THAT ATTRACTED YOU?

I really think that this business only appears to “the enlightened ones”.

WHAT DO YOU MEAN BY THAT?

People are atrracted to MLM either out of inspiration or out of desperation. Most of them, and so it was also in my case – make this choice out of desperation. There is no other way. I have had a traditional business, I even made a million PLN turnover in it – but whoever has a traditional business knows that turnover from profit is far away… I went bankrupt, I had 200,000 PLN of debt. My ex-partner left me and took my son. In my opinion I had ONLY one choice – to get a grip of myself. But I needed a “lever”. 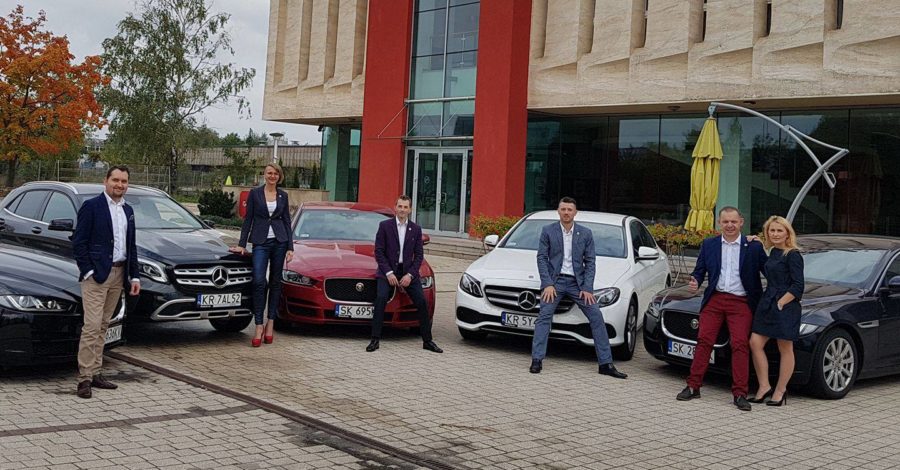 WHAT KIND OF “LEVER”? CAN YOU ELABORATE?

In the form of a cheap business with a small entry threshold. Business, where many people play in the same team, but I do not have to pay them, because it is the system that pays them (the company we work with). Business, which I can do on the Internet at a low cost, and with which I can reach all over the world without leaving my home or office. In addition, my son became ill and I needed ever more to support his care and work from home (online). Those were my reasons. The largest “money-result” lever I know. I do not know ANY other business in the world, which, with such low investment costs, adittionaly it offers you know-how and such a large return on investment! However, when I was successful, I began to develop strongly, I noticed that if you already earn a lot of money, paradoxically, it is not the most important.

WHAT IS THE MOST IMPORTANT THING IN THIS INDUSTRY FOR YOU? WHY MLM?

What counts is what you bring to the lives of other people and how they can change thanks to you. The famous saying in this industry goes that “people will join you for money and stay for the atmosphere”. That’s also true in my case. I came in for money, but I would not exchange this business for any other, even though I have been in contact with many people. No other business gives such satisfaction with the mission fulfilled for people. This is my “why”.

TALKING ABOUT MISSION. YOU GOT BORED OF BEING A COMMANDO?

I ended up in a special commando unit in Lubliniec – because my teachers had claimed that I was not suitable for marketing studies (laughs). It was a year of service for the country. A great lesson, however, the military system, being subject to someone is not for me. I love freedom and that is why I work in MLM – online. Full control of life. It was a great time. I met my future wife there. I also remember great maneuvers, running around with a rifle, night trips to the forest, blowing trenches with dynamite. Men’s fun. But not for long. I have business in the blood, not a drill. I love to help people, not shoot at them. Fortunately, I never had to.

WHAT WERE YOUR BEGINNIGS IN THE INDUSTRY?

As a bankrupt who did not know the internet, I had a difficult start in this industry. I remember when during the first three years of network marketing I was constantly told – you can not make it, it is a pyramid, you cannot make money on the internet, and my favorite: “FIND A DECENT JOB!”

DID YOU GIVE UP?

I did not. After 3 years of inept efforts, I finally discovered the SYSTEM for action. My business partner, who showed it to me, stated that in order to get to know him, I MUST go with him over 1000 km – to Budapest. And I had PLN 200,000 in debt. And you know what? I thought I have gone mad, but I pawned my last valuable thing – a laptop – and I went. I came back with a different attitude – it was the breakthrough! In half a year, I became the third world recruit and won a trip to the Caribbean with a luxury ship … and what? The company collapsed from the market before I went on it. I was highly depressed and disappointed… 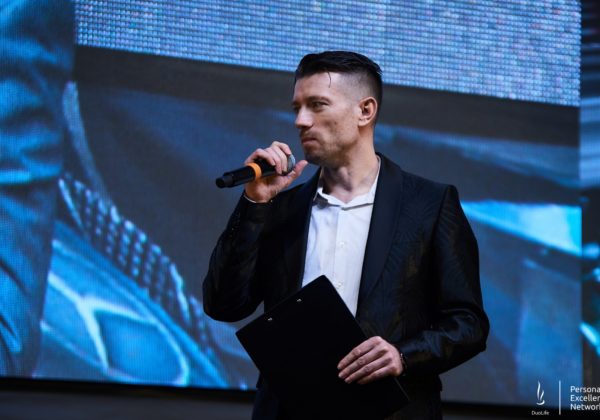 I UNDERSTAND. IT MUST HAVE HURT. DID YOU CONTINUE YOUR JOURNEY AFTER THAT DOWNFALL?

Of course. I entered the next company – and as it turned out – I won the trip again – this time in the Mediterranean. What was my surprise – The same ship! Several years passed, I joined the current company and… I made a trip to the Caribbean – that year… I could not wait for it and – for logistical reasons – it was moved to another country – beautiful Oman! History has come a full circle after about 6 years and today a courier is knocking at my door – I am opening a package and there is an inscription: “We would like to invite you for a joint trip to Panama” – between Pacific Ocean and the Caribbean Sea! Wooohoooo! In the end I have my Caribbean.

I’M GLAD YOU FINALLY MADE THIS IDEAL TRIP OF YOURS. WHAT IS ACTUALLY NETWORK MARKETING FOR YOU?

Network is a way of life for me, it is FREEDOM, I can not imagine today that I can do something different. I get up when I want. I do business where I want. Thanks to it I have been to Singapore, Paris, San Antonio at the NBA finals, Houston, Tenerife, Naples, Pisa, Rome, Fuertawentura, Oman, Turkey, Greece, Amsterdam and who knows where else. I took my wife and son to fantastic places. I can afford today to help my mother, who once had three jobs, because I come from a broken family, to support my father, support my son on a level I did not even know existed. Network is the opportunity to help thousands of people around the world (in person), to support charitable actions, which I regularly do (eg @HelpFuraha – adoption and financial support for disabled children). Network is thousands of smiles that I see everyday in the faces of my Team people. I love it!

THAT’S AN AMAZING DEFINITION TOMASZ. I’M IMPRESSED. WHAT ADVICE WOULD YOU GIVE TO THE PEOPLE WHO START IN THE INDUSTRY?

A few steps to succeed based on my lessons:
– Always, regardless of the opinions of people, do what you intented to, preferably after consulting a mentor,
– Choose your GOAL and strive for it to the moment of implementation,
– Find a person who will lead you to the goal – mentor, who will allow you to bypass the traps on the way,
– make as many mistakes as possible, but take lessons quickly when consulting with the wiser ones (humility),
– CARRY ON! Whatever happens!

If you are just starting this business, understand that making a Fiat is a few hours and making a Roly-Royce is a few months. Therefore, get ready if you want to make a masterpiece of your life. Note that every new profession – lawyer, policeman, nurse, doctor – is a few years of learning – and only then a decent income.

In network marketing, you can make much bigger money and you can make it much faster, however under one condition – prepare yourself as for a new profession.

1. Forget what you have learned so far,
2. Swallow you ego, find the people you want to imitate in your company, with real results (do not look at what they say but what you can confirm), start to go by tips,
3. Set real but ambitious goals,
4. Have your goals written down and whenever you doubt you remember FOR WHAT REASON you do that,
5. Continue until you succeed.

END OF PART ONE