Tales about MLM. The fearful knights

Today we present you the Tales about MLM. As we know not from today, sometimes wisdom and universal truths cannot be effectively taught by practice, or life experience. Sometimes the most accurate truths are hidden under the coat of a simple story. Who does not remember how in the winter evenings we were listening intently to the voice of our grandmother and grandfather, who deign us improbable stories about a young princess, fern flowers, or the girl with the matches? How many messages emerging from the stories which we remember till today? Let us take a break and take you to magic world of fairy tales. They can sneak morals through our thick skin, cynicism and bias, and take them to the place where the morals should be found.

In the following story we can find: the king, knights, dangerous creatures, and when all of them are present, of course, a beautiful princess cannot be missed. So sit back and see who this time beats the monster and gets the princess… 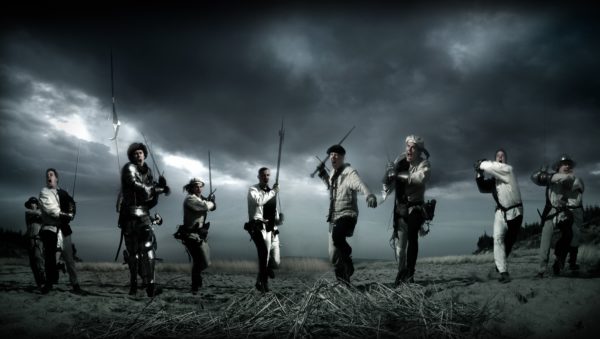 Once upon a time, far away from here there was a kingdom. His master was a wise king, who thanks to his prudence gained a huge fortune. The monarch had only one daughter. When it came to find her husband, the king decided to help her in finding a perfect candidate, and of course the best successor to the throne. So he announced the contest.

The task for the candidates was: “Who the first reaches the bank of the river, will receive hand of my dear daughter, and in the future, the whole kingdom will be his property.” Of course, there were many daredevils; each of them thought that he will be the one who gets the hand of the princess. But when they came to the river, none of the knights jumped into the water because there were swimming… crocodiles! Standing on the shore and thinking about jumping, they saw two people who suddenly find themselves in the water and flow the threating river.

At the beginning, all gathered were terrified and anxiously watched people and dangerous crocodiles. But when two adventurers were already in the middle of the way, the other knights began blaming themselves that they did not try; they even directed offensive words toward crocodiles, which were as usual in the water, not moving at all. Those two finally reached the shore. Who was it? Well, as it turned out, it was the king, and one of the knights who king pushed into the water. The knight asked if he was afraid to jump in, without hesitation he answered that he was. That is why I pushed you- said the king. These menacing-looking crocodiles appeared to be rubber toys.

This story is an allegory of the attitudes of people who begin working with companies operating in MLM. They also initially see a lot of lurking “crocodiles” – adversity, which like rubber crocodiles, are only superficial. These people are often afraid of their own success, especially of a possible lack of it.
What would happen if the king did not push the knight into the water? He would not go through the river as the rest, because of a rubber danger.

So what is the conclusion of the story for us as leaders?
If you see your co-worker who has a lot of fears and doubts about his success in the field of multi-level marketing, push him into the deep water – let him see with his own eyes that “crocodiles”, which he saw are only the rubber toys.

This fairy tale is taken from the book “How to start an MLM”.