Yesterday Ranking MLM presented the first part of our rating of great entrepreneurs of Mult-Level Marketing. Today we reveal to you the rest of “MLM Aces in the year 2018”. 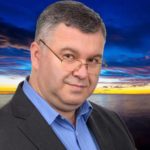 The second part of the list of “MLM Aces in the year 2018” we start with Piotr who has been in the direct selling industry for twenty-one years. Graduated from the University of Jan Kochanowski in Kielce. He is director of the MLM Education Institute, the top leader at CaliVita International Polska – the holder of the highest managerial title acquired in Poland. Piotr is the author of books and audiobooks in the field of MLM business (“At school I was not taught business”, “Get rich like MLM champions”, “MLM decalogue”). Robert has the status of an honorary member of the CaliVita® Millionaire Club. “Hard player” the say about him, mostly because  he is building his structures effectively. In addition to business, he is interested in spirituality, which provides him with a life balance.

Started his professional career in 1988 when he moved to the USA. Overseas had the pleasure of meeting people who taught him a lot about the art of sales and marketing, including Zig Ziglar, Dexter Yager and Bill O’Brian. In 1994 started trading with Poland and built a network of 6 stores offering sports footwear. After returning from the USA in 2005, started his business activity in Poland. Jerzy cooperated with many companies and managed teams of people, including as General Director at Euco S.A. Currently, Jerzy is associated with S7Health Sp. z o.o. as Sales Director. He stays on good terms with partners and is consistent in acting. Together with Mirosław Mańkiewicz they build a network of professional sellers reaching companies. They offer medical care for companies with work medicine and medical concierge.

DuoLife Top Leader. Co-founder of DuoLife marketing and incentive plan, ambassador of the campaign “I live consciously” and trainer of Free Entrepreneurship. Tomasz did not have any experience in the network marketing industry. He gained it in the second biggest concern in the world – PepsiCo. A few times was promoted to the position of Key Account Representative, where served key clients and was an internal sales trainer. Tomasz is a man who had and still has a huge impact on the company’s image, its shape and where we are all today. Commitment and unwavering faith in the DuoLife Soft Marketing project is part of his recipe for success. 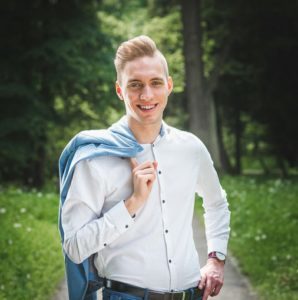 23-year-old Regional Director at Souvre Internationale. He comes from Wroclaw. Traveling lover since his child years. Bartosz is also an athlete and. Martial arts played a big role in his life and learned him character. Achieved the position of Regional Director, which allows 5-digit earnings. He also picked up the Jaguar XE car in seven months. Bartosz has built a 1.5-thousand organization in just over a year, which generates four-digit numbers every day, acquires and trains a total of several dozen partners every day. In his organization, emphasizes the quality of provided information, so that everyone will get 100% of the spectrum and technical support from him and his leaders.

Tomasz spent his youth in Sopot, where graduated from economics at the University of Gdansk. For 12 years practiced tennis (2 times as a junior won the Polish Championship). Married for 21 years, father of two children. With direct sales and MLM associated from his univercity times. 12 years associated with corporations, including 5 years as sales director (work in Warsaw). Tomasz runs his own businesses, including creating two start-ups in 2009 and in 2014, which has been developing to this day. Networker, business coach and mentor. In MLM, attaches great care to the development of people in the organization. In the current company from November 2017 – organization of 5000 people. The highest monthly check has been 50,000 EUR so far.

The greatest success of Tomasz is the recruitment of a legend of Network from Asia, who in one of his networks built an organization of 255.000 people. In addition, Tomasz runs business in 20 countries and trains people on 4 continents. 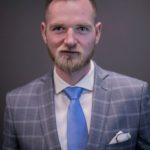 An IT specialist by education. He has been an investor and entrepreneur since 2008. In 2009 became the youngest director of the branch in the COP Codex compensation office, then started to act as the national director and trainer. In the years 2009-2016, the author of several hundred insurance and legal publications. From 2014 has been associated with S7 Sp. zoo, elected to the Board of Leaders. He won the “Best Leader S7 2015” certificate award. To this day, maintains the title of the best seller in S7. From October 2016, the president of the board and partner at S7Health Sp. zoo, in which builds sales teams. Introduced MLM services to such companies as Philips, Amamietz, Blachotrapez, Berliner Luft, VItkac, Hotels Monopol and many more.

His company supports people with disabilities who support contracts signed by his colleagues. He is the founder of the 7Health foundation, which aims to build green lungs of Europe by planting 1,000,000 trees.

Dariusz was born in the Opolskie Voivodeship. He moved to Germany with his whole family at the age of 11. Dariusz graduated there and won a german champion title in Thai boxing. You can add a master belt in kung fu. Happy father of two daughters: Michelle and Jennifer. In the Multi-Level Marketing industry has been operating for several years – from humble beginnings in FM GROUP, where at the end of his activity had more than 80,000 active partners to Prouve, where now has the status of the 5-star Prouve Brand Ambassador, and his Respondek Team develops approximately 1,000,000 points of sales per company per month. 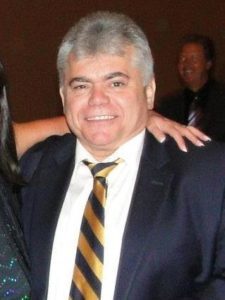 Waldemar is a heavyweight player in the MLM business. He studied at the Cracow University of Technology and then emigrated to Australia. He picked up the network marketing system over there. Waldemar is a MLM legend. He currently lives in Cyprus and from there manages a large sales network. He achieved an extraordinary career at Amway and Vision. Then introduced Jeunesse to Poland before Jeunesse bought Monavie. Many people say that among the Polish direct marketing leaders he is the one who built the largest structures. Currently, Waldemar is developing a company offering cosmetics and dietary supplements.

His adventure with MLM began in 2010 in London. Until 2014, had been actived in WorldVentures and then (having obtained great results) had a 4-year break to return to the game in November 2018. Rafał was the first Director when it comes to Polish nationality, then Marketing Director and together with his team opened the Polish market and thanks to his friend also the Czech market. After the break built a team of 380 people in 7 weeks and qualified for the RankUp $ 20K bonus for returning to the Marketing Director position. In additional to that in February of the same year received an important distinction and a signet ring as 100K LTE (Life Time earnings). This means that the company has already paid him over $ 100,000 in commissions. Rafał made his first steps in the network business as well as Waldemar Warzecha in Amway.

Last, but again, not least on our list “MLM Aces in the year 2018”. Witold was born in Italy and spent most of his youth there. After completing education in economics, took jobs in various companies as a financial specialist. also worked as a professional master of ceremonies. Currently, cooperates with many tv stations, including TVN and TVP. In 1994 he began his personal and professional development path. Witold participated in many training sessions in the field of sales, time management, success psychology, team management, image creation, as well as negotiations, principles of influence, moderation and facilitation, financial education and communication and leadership. Above all, he is a trainer and lecturer. Currently, he helps others in lecturing and training in personal development, motivation, psychology of success, sales, leadership, communication and financial education.

We hoped you like our list “MLM Aces of the year 2018”. If you think you know someone who could be found on it in a year, write to us justifying why this person should be here.