Last three sentences are the most important

Are the last three sentences really that important? Imagine my story, in which in the middle of the night, when I lay down to sleep, something suddenly stirred. If I had to clarify this in the field of medical facts, specialist physician would probably define the electrical pulse skipping the cerebral cortex – probably not one physicist would agree with this.

There is nothing more surprising than the fact that we like raw fish, only after naming it “sushi” and paying for it a lot of money. As a result, the pulse created specific, unique and creative thought in my brain. And by the way, how do you spell “brain”? Do I need to know it, since I have written so many articles and I have so many of regular readers?

Microsoft Word always helped me … Word and “Uncle Google” are my best “buddies”, who I can always rely on when I am transferring thoughts to paper. Dictionaries, thesaurus, and so on have been taken to the basement long time ago, as they just wasted space. Now, there stands bamboo, because feng shui recommend it. If my teacher read it, she would probably get a heart attack, but some singer on the radio encourages people to get us to forget about restrictive rules, and I believed him. Even though behind the wardrobe I had less dust than on their covers, but it does not matter … let me go back to the original argument, so…. by the electrical pulse… I thought…. maybe I just show to all the readers, how is it? Maybe I can take a chance and show the world from my crazy perspective…

My name is Michael and I am an editor. It is really a great thing! Going around the globe looking at every possible angle and nook and cranny in search of the best-selling theme, like a script for Polanski’s next film. I flip through the invisible, the virtual global village, which, instead of numbers begin with letters www (as if one key was held too long by phlegmatic), seeking for something that will delight me even for a moment. Something that will focus more than 10% of my consciousness,because the remaining 90%, which clog my head, I can never get rid of.

It is a paradox! Always when we are trying so hard to focus, something always has to happen. My dog senses a neighbor cat, snowball hit the steamy window in the kitchen or cloud of smoke from the ceiling firmly announces that the gas must be reduced on the charred lunch caused by my momentary reverie. I am going around the web-world by reading favorite authors, my guru columns, able to awaken the imagination and exaggerated world by one word, which probably no one has ever heard of. Among them are poets, painters, artists, and even anti-globalists, and Harry Potter should better put off his glasses that they do not break when he gets a flick on the nose. Stroked, emancipated and suffused with a timeless neologisms, artificially created images of dungeons, and he should not leave Hogwarts.

Each of us has a role in life, which is provided in the better or worse way. I cannot refrain from saying that in my opinion that a polish football player Grzegorz Lato just like Dr. House loves to hate life. Someone did not close the roof before the game with England – maybe he thought it would be a great element of surprise to the islanders, even though there is raining almost all the time.

Today I am writing this text: loose verbiage in the middle of the night without rhyme or reason, no sense, no logic, and no conclusions, just to compare it to the MLM industry. Why? Because it happened to me to listen to presentations and marketing plans, which were just as chaotic and senseless as what you just read. Listening to it, made me feel in the same way as you do now, dear reader, and probably you think that you wasted four and a half minutes of your life by reading what I scribbled in the dark. You could at that time smoke a cigarette or do the right thing and make a cup of coffee, even if you do it with the intention of pouring to on someone’s pants.

Returning to the presentation of business, I can remember that I also had such terrible presentations. Let’s agree that for such article no publisher would pay. At the same chaotic and coherent marketing plan, no sober-minded business partner will join you. But are you sure?

It turns out that even if everything goes terribly wrong and we are on the offside position, doomed to failure … it is worth to fight to the end. You never know whether the title three sentences, for example, written in my pseudo-art paper, or spoken during the presentation of the business, do not prove to be the key sentences. It may be that by the last three sentences, we get the sympathy and confidence of our party. Even if it turns out that our prospect will not join the business … it may happen that they will issue references and recommend products among their friends. 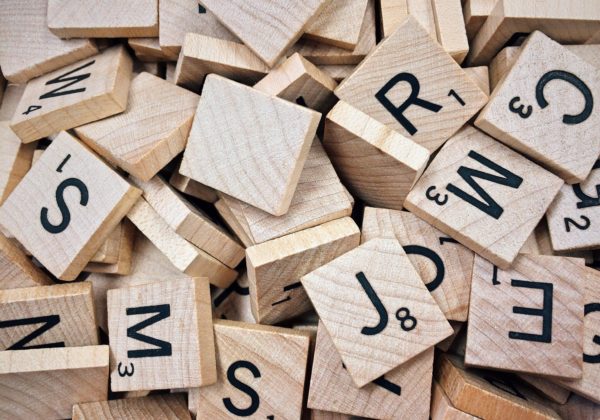 Let’s conduct a simple experiment in which in three last sentences I will make the same valuable information that I would write out on the surface of the entire article. You decide whether it was worth to read it in order to get to the last sentences, and if on this basis, you are able to put positive references to this article.

1. Every time no matter the circumstances, place, time, scope and level of the offer and the other party and its attitude – ask for positive references from the meeting and the preparation of contacts that you can use in the next steps – you never know how valuable people for your business you hit.

2. References and recommendations can be collected at every step, not necessarily from clients: while shopping in the store, on the Internet, standing in traffic, fishing, swimming in the pool, changing a tire, taking lots of photos from the holidays, and even scraping the carp for Christmas.

3. Forget about any restrictions, idiotic rules, norms and social differences that close in a cage your ambitions and do not hesitate for a second before taking action in order to gain further references and recommendations for you and your offer.

Dear reader. My congratulations! You have reached to the very end – bravo! I hope you had great fun while reading this text. And now, to prove I am right, to prove that the last three sentences really work send it to your friends. Recommend me and let me gather positive references as still carrying the essential values, editor.